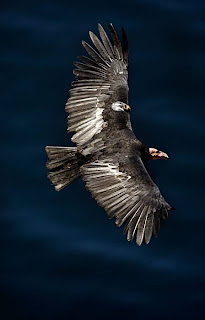 Press Release for the first 3 novels in the Talon series

Teaching Children Self-Confidence Through Service to Others

(Nov, 2011) – Children today face immense pressure to fit in with their peers. This pressure is leading to record rates of depression among preteens and teenagers. Parents look for ways to build their children’s self-esteem; however, teens look to their peers and popular culture for acceptance rather than their parents. This puts parents in a challenging situation.

Luckily, there is something parents can do to help steer their child toward self-acceptance: give them Talon- Come Fly With Me, the first book of a series from author Gigi Sedlmayer.

“Most children of this age group have issues with acceptance and this is explored and resolved in a positive manner within the story line of the Talon series,” Sedlmayer said. “Matica shows children and teens that they can overcome great obstacles with love, patience and a selfless attitude toward helping others and experience exciting adventure on the way.”

Talon- Come Fly With Me, the first book in the series is about the life of nine-year-old blond Matica and her condor friends Tamo and Tima in a remote village on a dry plateau in the Andes of Peru. She moved here with her Australian missionary and schoolteacher parents when she was five years old. Ever since she could remember she faced cruel rejection because of the growth handicap that traps her in a body the size of a two-year-old. Because of that, the local Indians wouldn’t accept her into their community or allowed her to play with their children.

But raising Tamo and Tima’s chick, Talon, and letting him grow into the majestic flyer after the fight with the poachers, Matica soon becomes very popular.

Two months later the most unbelievably amazing thing Matica had dreamed of ever since she first befriended the condors, actually unfolds. That changes her life so completely that she can now see a positive side to her handicap. The Indians then fully accept the new Matica into their community.

Talon, flight for life, the third book in the Talon series, describes her walk with her father to the next big city of Cajamarca to purchase some food, medication and the tickets for their six months holiday in Australia. On the way she misses her condors terrible, but still has an adventurous open mind walking with her father through rain forests, plateaus and other parts of the beautiful county of Peru, seeing macaws, toucans, even making friend with a monkey and a puma. And still the condors visiting them on the way to and from Cajamarca.

On the way back they visit an old Incan dwelling. And there a nasty, huge spider bit her father on his ankle. Affright and disgusted, she kills it. But not only the one, she had to kill several and Tamo as well. Her father had a very bad reaction of the bite. His leg swells to double its size. He becomes very ill and delirious with fever. Devastated and shocked, Matica doesn’t know what to do and calls for her condors. Soon after they come and even save her father’s life. 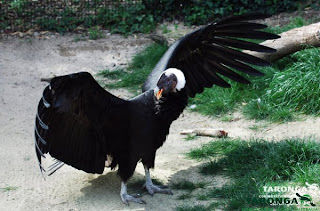 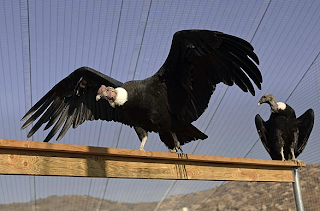 Aikon, robust, strong and the right size for his four years; and Matica, smaller than he, delicate and frail in her stature, ran to their parents’ bedroom and both flopped, laughing, onto their bed. Matica embraced her mother then sat in the middle of their bed, grinning brightly. Aikon sat beside her after he had cuddled his father.
‘Wow, look ...
at you, Mat,’ her father said, watching the two of them. Next he snatched her from the middle of their bed and cuddled her. Mira looked at them and grinned. Aikon leaned over to his mother to cuddle her but looked at his sister. ‘To judge by your bright, shining eyes and your grin,’ Crayn said, ‘you must have dreamed about flying on Talon as Aikon had suggested last night. Am I right?’
She nodded with flashing eyes. ‘Oh yes, I did,’ she said but at the same time thought, seeing her father’s grin, he likes it, but I’m not sure about Mum. She looks worried. Matica hugged her mother again. ‘Don’t worry, Mum, it was a dream – for now.’
Next Matica burst out laughing then jumped out of their bed and flew with outstretched, flapping arms around the room. Her eyes sparkled like fireworks.
Posted by Talon at 14:23 No comments:

Aikon jumped out of bed and hugged her then lay down again, pulling his blanket over his head. Slowly, ever so slowly he pulled down his blanket until his black, mussed up hair appeared, then his forehead, then his wide-open brown and grinning eyes emerged. Matica watched his act until he stopped pulling.
Propping up on one elbow, he said, ‘Did y...
ou dream about flying on Talon? Real flying? Like flying high over the trees and over the mountains?’
Matica nodded.
‘Really, really flying, then?’
‘Oh, yeah!’ Her face lit up like a hundred watt light bulb. ‘Oh, yeah!’
Excited now, he sat up, his feet touching the ground. ‘Didn’t I tell you last night: sweet flying dreams?’
‘Yes, you did,’ she said, rolling her eyes joyfully, then she bent over and kissed his cheek. ‘Thanks for telling me that. It worked.’
As Aikon waited for her to tell him about her dream, she threw herself with spread-out arms on her bed. A triumphant grin played around her lips. ‘Humph.’
‘Is that all I’m getting? Humph? No more?’ Aikon was visibly disappointed.
Posted by Talon at 15:02 No comments:

Talon is flying high up the Andean mountains 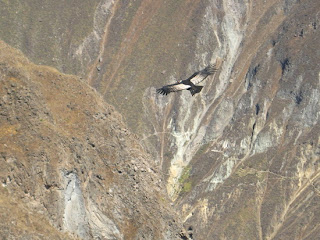 Quote in amazon.com on my author page

I found this on my author page in amazon. I quote:

"Read this outstanding YA novel and go up in the sky with Talon and Matica and see the wonders of the world along with them when you fly on his wings too. ”
Posted by Talon at 14:51 No comments:

Extract from the first novel in the Talon series, the last chapter:

Aikon shrugged. Matica looked from one to the other. ‘But don’t you see?’
Everybody shook their heads. ‘No,’ Mira said, ‘we don’t see, and we don’t know what you mean. What’s this all about?’
‘My advantage, of course!’ Matica paused, let-ting it sink into their heads.
Mira’s eyes went wide then she knocked at her forehead. ‘Of co...
urse.’
‘Finally,’ Matica went on, ‘finally I know and understand why I’m so small. It all has a purpose, right? You told me that, and you also told me that I would find an advantage in being so small. Now I have found it. Even a b-i-i-i-g one, the biggest ever. If I had been as tall as I should be for my age, I could never have flown on Talon, right?’
Mira put her hands on both of Matica’s shoul-ders then hugged her. ‘I didn’t realise that,’ she said. ‘Yes, I always said there would be a good reason for you being so small. It wasn’t even that long ago that I said it to you again.’
‘Thank you, Lord,’ Matica said. ‘The Indians can’t tease me any longer. They have to see that I’m special, because no one else can fly on a condor.’
Lifting her chin, Matica showed two rows of white teeth and her eyes sparkled like green fire.
‘But Matica,’ her mother said, ‘I thought the Indians weren’t teasing you any more because of Talon. You even talk to them now.’
‘Yeah, that’s true. Since Talon, they have accepted me, but now they will think I’m special too, right?’
Posted by Talon at 14:26 No comments: 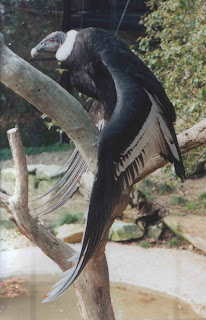 Remember, a condor like Talon is the biggest land flying bird. And Talon knows it and is proud of himself
Posted by Talon at 14:20 No comments:

And where to find my Talon novels: Easy, it's right here:

And where to find my Talon novels: Easy, it's right here:
http://www.amazon.com/Gigi-Sedlmayer/e/B003U8G4WC/ref=ntt_dp_epwbk_0
Posted by Talon at 14:59 No comments:

Extract from the 2. novel in the Talon series:

Extract from the 2. novel in the Talon series:

Matica stood up and ran into her room on the verge of tears and threw herself on her bed, burrowing her face into her pillow so as not to cry out loud. Why doesn’t Mum like it? She must see that it is for me. She punched her pillow. But when she heard loud murmuring from next door, she turned her head to the door, pricking up her ears to see if she c...
ould make out what was being talked about. It was her father’s voice, presumable talking to her mother. Could he convince her? Was there a small change that could make her mother give up her defensive-ness and would she let her daughter fly? But they talked too quietly. She couldn’t understand what they were talking about, but she was sure it was about her flying on Talon.
Matica sat up and wiped her face with the back of her hand when Aikon slipped into the room to dress. Matica dressed as well and whispered to her brother, pointing with her chin, ‘What’s happening over there?’
He shrugged his shoulders, then rolled his eyes and whispered, ‘Mum.’
‘What do you mean by that? She doesn’t want me to fly on Talon. Is that it?’
Posted by Talon at 14:23 No comments:

Talon
Gisela (Gigi) Sedlmayer was born on 19 May 1944 in Potsdam, a suburb of Berlin in Germany. Moving around until settling in Munich, Gigi studied architectural drafting and met Albert in 1965, marrying in December 1967. In May 1975, they moved to New Zealand. Because of language challenges, she started a handcraft business specialising in colourful parrots. In 1989 they adopted twin girls from Fiji. Then moved to Australia in September 1992. Two years later Gigi was diagnosed with cancer. After 2 years still under the living, since her two little girls gave her the courage to keep going. She got inspired to write, and so started to devellop the Talon story. She spent the next several years bringing the story and the characters to life.